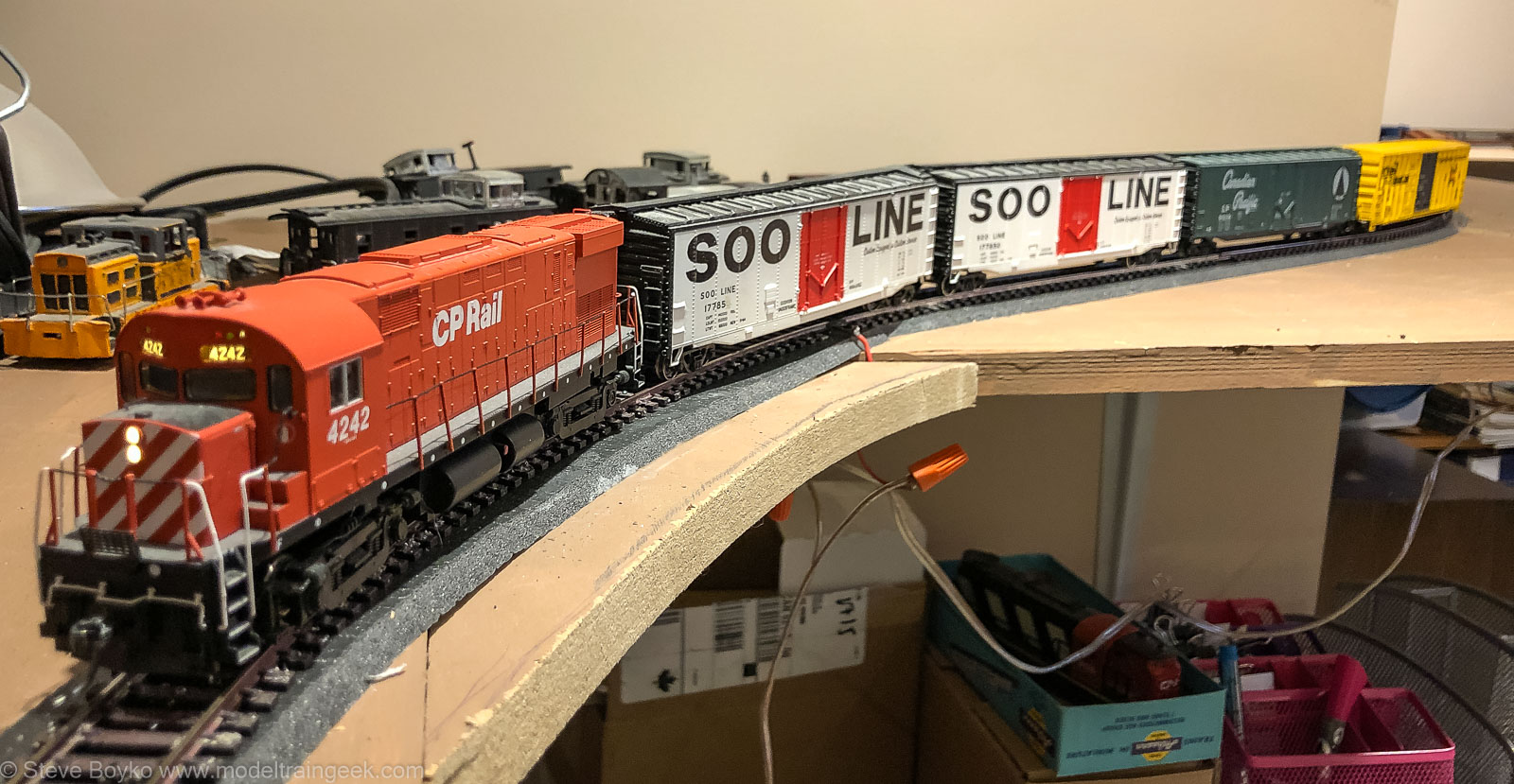 Ivan looked out over the Central Prairie Railway’s rail yard in Grand Plains and counted cars. The yard master saw there were enough waiting rail cars to justify sending a train to Warrant. He pulled out his cell phone and made a few calls.

While the crew dispatcher ordered a road crew, the yard crew built a train with ex CP 4242 on the point, a quartet of boxcars, and one CPNX grain car. The Central Prairie Railway’s sole caboose was placed on the tail end of this train.

Within a few hours, a crew showed up to take command of the train. Greg, the engineer for this trip, threw his grip onto the walkway of 4242 and climbed the few steps wearily. His daughter and son-in-law were staying with them and, although he loved them and his new grandson dearly, he didn’t love the cries all night from the colicky baby. He looked forward to the thermos of coffee in his grip very much.

Greg’s conductor Tyler walked the length of the train, checking hose connections and doing a quick inspection. Once he reached the caboose, he radioed Greg and performed a full brake test. Satisfied, he returned to the head end and joined Greg in the cab.

After a quick call to the CePR’s dispatcher, Greg and Tyler had their orders and clearance to proceed to Warrant. Greg knocked the brakes off and eased 4242’s throttle open. The old MLW pulled the train out of the Grand Plains yard and they were on their way.

They passed the McCain plant into open prairie. The miles rolled past without incident, and soon enough the train arrived at Warrant.

There was a lot of track work going on in Warrant, so Tyler had to call ahead to the foreman to get clearance to proceed through her work block.

(Steve) I had to stop the ops session here, because as you can see, there’s no more track and no yard! I need to buy a few more switches…

I hope you enjoyed this ops session narrative. I was inspired by the excellent Rails West blog.

NEXT – switching in Warrant!